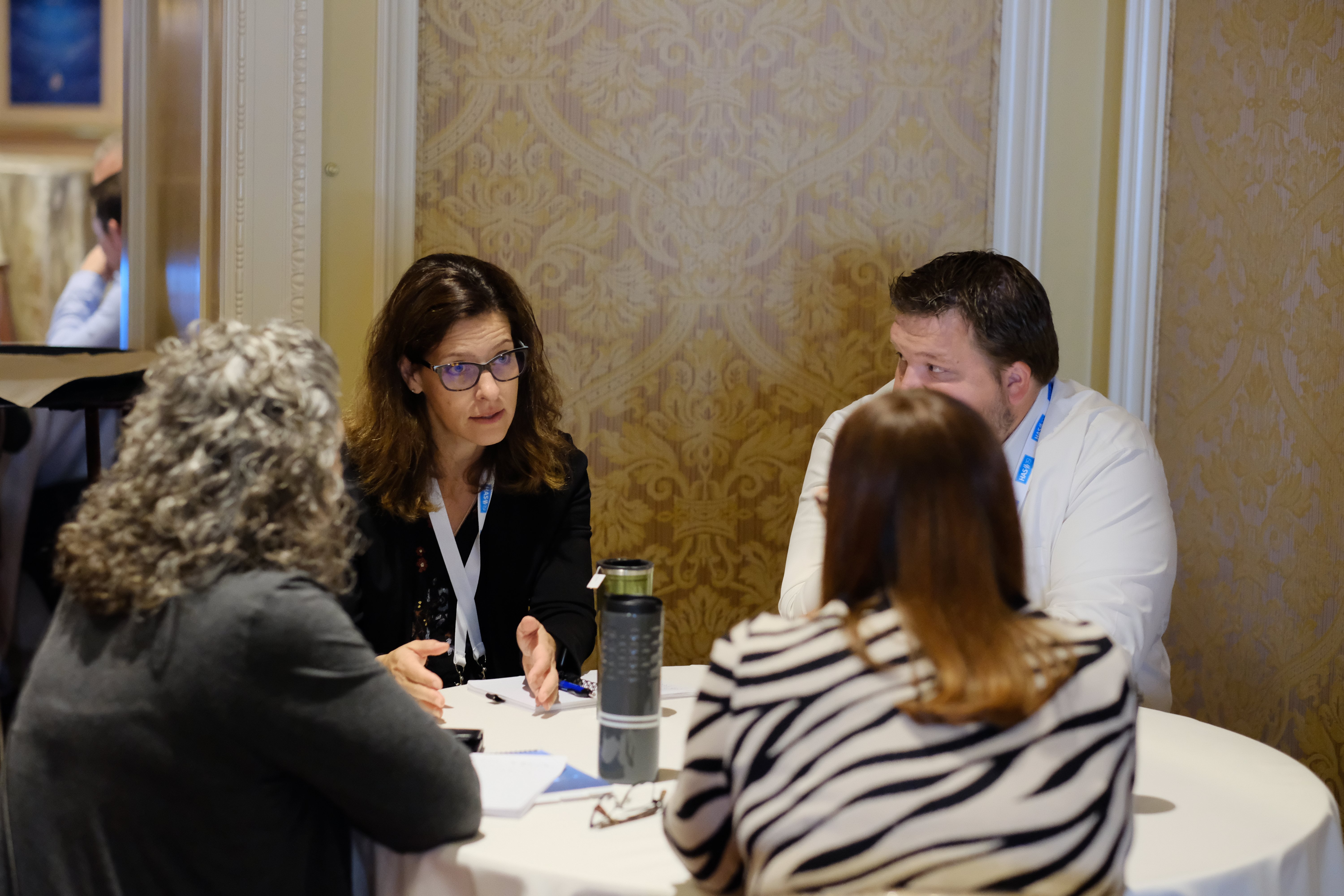 A Quest for Collaborative Learning

A glimpse of the power of braindates in the healthcare analytics sector.

In 2018, Health Catalyst brought Braindate to their annual conference: Healthcare Analytics Summit (HAS).

In the 2018 and now, 2019 edition of the conference, participants dove deep into the event content and went beyond it while on braindates with their peers to explore solutions to their own unique challenges.

This year, through hundreds of braindates over the course of the 3 days, HAS participants found wonderfully unexpected connections.

In partnership with the fantastic organizers behind HAS, we helped transform a gathering of individuals into a vibrant community, connected in their work to molding, changing, and even disrupting the future of data analytics in healthcare.

This is how we did it.

The field of healthcare analytics requires a huge variety of expertise, and HAS is one of the most well-respected events in the industry. It gathers hundreds of healthcare professionals from across the field with varied expertise, all of whom are united in the goal of using data to improve patient outcomes.

The conference has grown every year since its founding in 2014: when Health Catalyst approached us about bringing Braindate to their event in 2018, they even had a reported satisfaction rate of 97%.

Networking was the biggest thing standing between a 97 and 100% approval rate.

The conference has grown every year since its founding in 2014: when Health Catalyst approached us about bringing Braindate to their event in 2018, they even had a reported satisfaction rate of 97%.

Networking was the biggest thing standing between a 97 and 100% approval rate.

The solution: harnessing the power of peer-learning

Over the years, HAS has focused on providing high-quality content and participant education. They have featured talks from the brightest minds in the industry, and organized analytics-rich workshops.

As their participant base grew, it became clear that there was an opportunity to foster more meaningful connections in a crowd known for its specific knowledge and expertise.

The HAS organizing team came to us with a clear outcome in mind: They didn’t want their participants to have to choose between networking and learning.

Lauryn Roose, the Program Manager at Health Catalyst outlined their goal for us:

We hoped that Braindate would provide more networking opportunities for those who were interested. We also hoped that it would allow the attendees to come away from the conference with more knowledge about the specific topics they are interested in.

With Braindate, they didn’t have to.

The secret to a standout experience: pure collaboration and a stellar integration

From kick-off to tear down, a successful Braindate activation is the result of working closely and in alignment with our event and tech partners. e180 builds each Braindate production on what we call the 5 C’s of a bustling peer learning community. What follows is how we applied them to the work we did at HAS19:

Here are a few of the tactics we deployed with our terrific partners, to help elevate the Braindate experience for all HAS participants.

Gamification at its best

A highlight of our Braindate engagement strategy was the HAS Game. Our collaborators at Health Catalyst worked with us to incentivize braindating through gamification on the event app. HAS attendees won points for all the different ways they engaged at the conference, and Braindate was one of them.

For a decent number of attendees, the HAS Game was the incentive to get over the hurdle of doing their first braindate, and after that — most of them were hooked.

Integrating with the Eventbase App

We worked closely with Eventbase to set up a direct API integration with the event app. With their help, we were able to position Braindate within the app as a key part of the participant event experience.

As pictured below, participants were not only introduced to Braindate as soon as they logged on to the app, they also had easy access to the platform within the app interface.

While Braindate conversations happen in-person, the actual experience begins online. Our partnership with Eventbase helped make the digital experience for the HAS participants smooth and user-friendly.

Eventbase CEO Jeff Sinclair and e180 CEO Christine Renaud had some wonderful words to share about this partnership.

The results were undeniable. At the 2019 Summit participants created close to 250 Braindate topics on everything from data science to patient engagement.

We created over 750 braindate connections through one-on-one and group braindates at HAS 2019. And the best part, attendees, using Braindate, spent over 400 hours learning from each other! The most important part of a Braindate production? How participants feel after their experiences. Here are just some of the outcomes, HAS19 participants shared with us. 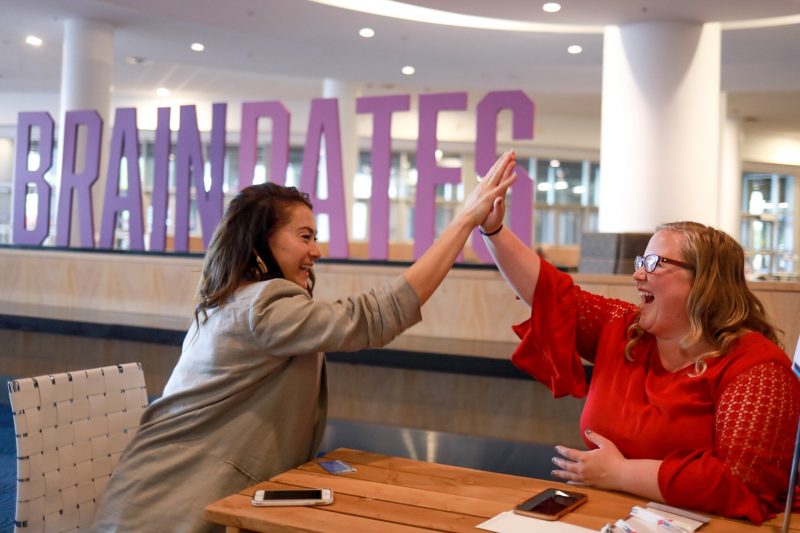 Welcome to our 2019 Year in Review: We share what you wanted to learn from each other, and how much time you spent doing it (Hint, it’s as if you watched all 10 seasons of your favorite TV show 66 times!) 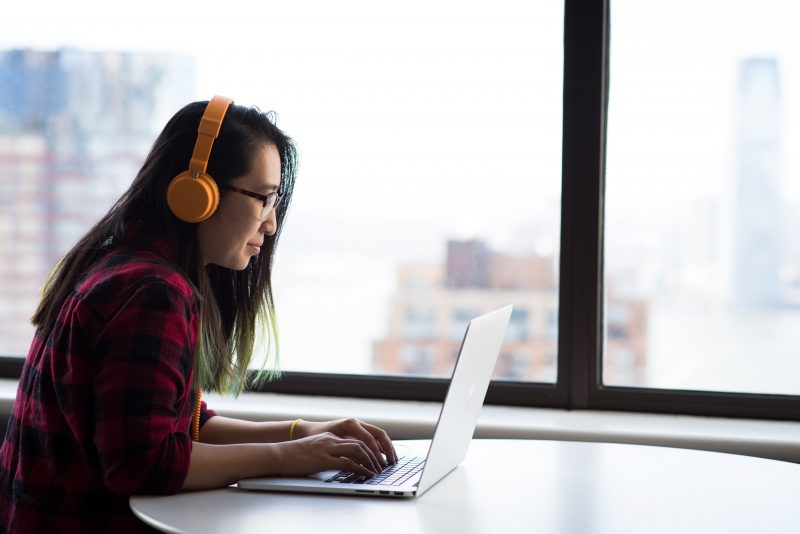 How to Engage Virtual Audiences

In this piece, we take a deep dive into what engagement means in a virtual setting, and share tips on how to engage virtual audiences. 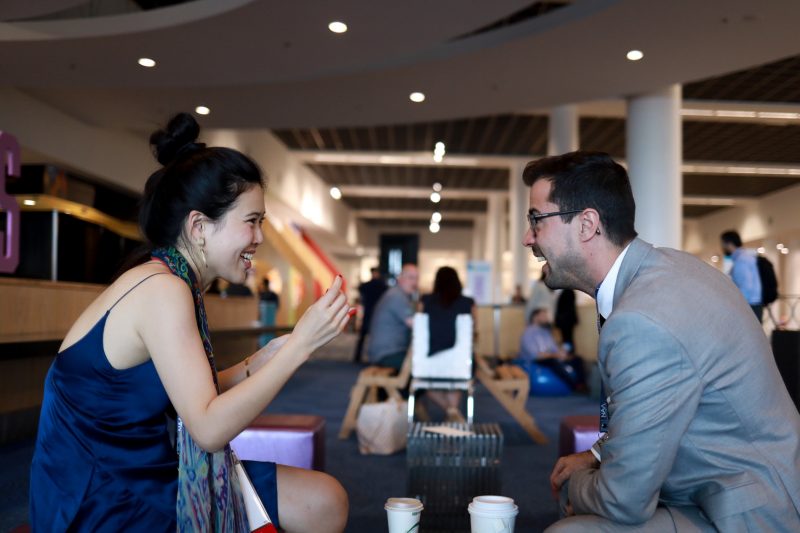 From Satisfaction to Impact

Our Head of Learning Experience, Michèle Robinson, gives you a peek into how e180 is developing a solution to help communities learn from each other year-long.