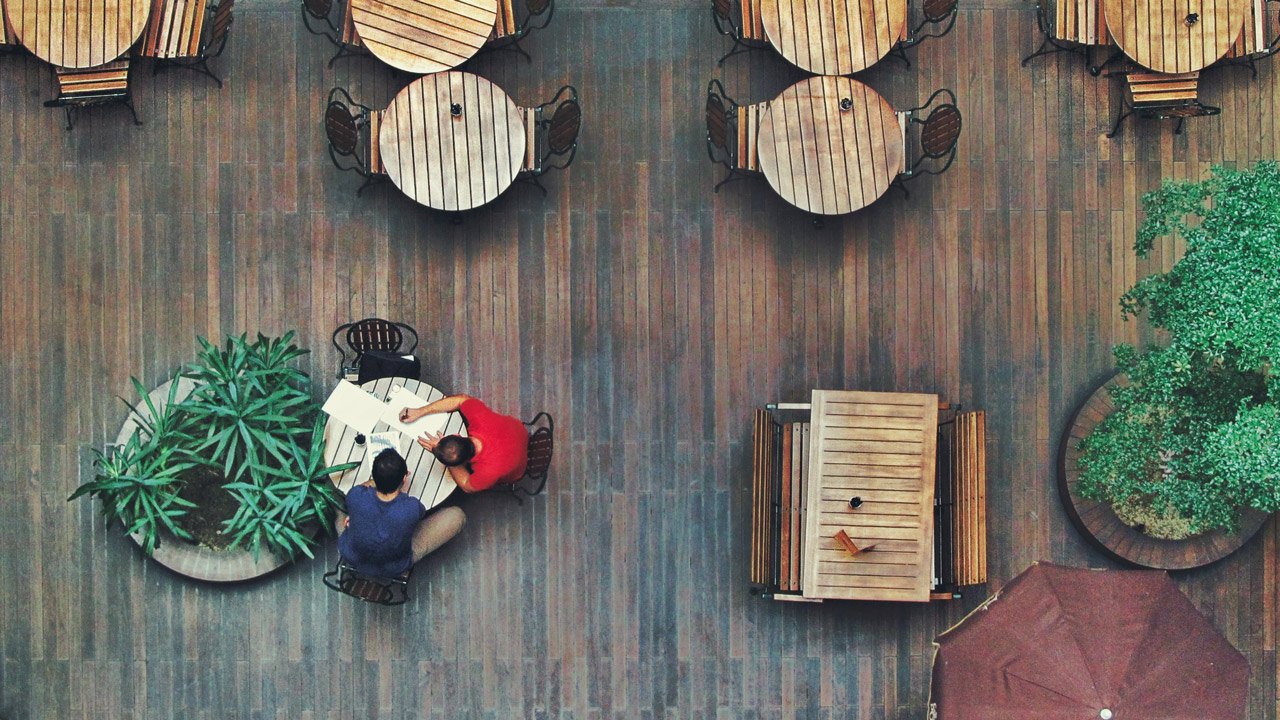 Ever since I was a child, I have had a mild obsession with helping people bloom, an uncommon excitement for the moment when something is unlocked, when you see in front of your very eyes a human pushing her own limits, and reach her new state of Self. Looking back, as a kid, I might have said I wanted to become a Human Gardener when I grew up. I guess I have just always been in love with the beauty of people overcoming challenges and growing into their greater selves.

And so began my journey toward working in schools — the place most people see as the home of personal growth and development.

In 2000, I got in front of a classroom as a student teacher. To my unpleasant surprise, as the weeks went on, I felt increasingly uncomfortable with how I was caring for my sprouting Humans. There I was, in front of a classroom with the sole mission of passing down The Long-Standing Curriculum, sometimes even pushing it down their throats. Tired and stretched too thin, many teachers around me saw students’ unique questions, challenges, interests and personalities as an annoyance, not a fertile ground for learning.

There is a big difference between education as something that’s being done to you in comparison to learning, as something you can only do to yourself, no matter how hard anyone else tries to teach you. You just can’t help a flower to grow by pulling on it, as they say.

I felt stuck. Trapped in an industrial Human farming plant. If that was Education, I did not want to be part of it anymore. That’s when, back on College campus, my Philosophy of Education Professor asked me a question that would change my life:

“Why don’t you create your own school?”

I had never realized that one could be an education professional and not work in a school, but rather on a school.

My own school? My own Organic Human Garden? I had never realized that one could be an education professional and not work in a school, but rather on a school. I never thought that an entrepreneur could potentially co-write the future of learning.

Hell yeah. Count me in.

But, if I wanted to create something radically different — a school that would inspire a world revolution in the way we educate Humans — I had to ask myself:

What is meaningful learning, and where does it take place? And if personal meaning plays such a big role in it, how could we support 7 billion Humans with different learning needs?

I spent the next five years studying, observing, searching for an answer to this question. As a Master’s student at the Harvard Graduate School of Education, as a podcast producer for Learning Matters in NYC, and as a documentary filmmaker in Northern Ireland, studying the post-Trouble integrated education system.

Do you know what happened when I opened myself to welcoming learning in whichever form it would present itself to me? I started seeing it everywhere. Just as musicians hear rhythms where we just hear noise. I noticed learning in so many new places. And especially on… social media.

“I’ve been trying to kickstart my meditation practice for a while now and frankly, I feel a bit discouraged. Anyone free for a tea/coffee to help me get going?”

Do we pursue a bachelor’s degree each time we need to learn something new?

What do you do? You turn to someone you know. You pick someone’s brain. You talk to someone who has been there before.

What if a conversation was the missing link in our modern learning toolkit? What if we could all be each other’s teachers, share our experiences, our successes, our failures and what we’ve learned along the way? What if we were to legitimize conversations with other Humans as a valid source of learning? That’s the genesis of our story, of e180’s quest to transform the way human beings learn, to make it self-directed and collaborative for us all.

It took me a couple of years to grow from an educator into a tech entrepreneur, and also to assemble a team of volunteers who would create the first iteration of the matchmaking product we needed to scale knowledge-sharing to millions. We launched the beta of E-180.com on October 27th 2011, with the purpose of creating the first social network dedicated to humans meeting face-to-face and one-on-one to share knowledge.

Our expectations were humble: we were aiming for 150–200 beta testers. After 18 hours of launching our recruitment campaign on Twitter, we were at 500. By the time we launched the beta, 5000 people had signed up to our waiting list. We were onto something.

Over the following months, people met to share their knowledge mostly in coffee shops in Montréal, but also in New York, Boston and Paris. It was such a beautiful thing to see! It was working: people were transformed by what we started calling braindates. But our numbers were still quite low: 15–20 braindates a week. How could we increase engagement? By throwing massive marketing money at it? We were not willing to risk to compromise our mission by raising a VC round so early on. By sending more emails? By creating a mascot and going to SXSW?

That’s when in 2013, something happened that would change the course of our existence. A brand new event called C2 Montréal contacted us, asking if we could build their B2B software. Well, thanks for calling, but we’re not a web design agency, we said. We use technology to scale peer-learning, we said. That sounds probably too hippie for our crowd, they responded, hesitantly, not closing the door completely.

And then, a call, a voice on the phone:

I still remember clearly when we launched to the C2 participants, three months later. I remember the first knowledge offer on the platform, by Scott Burns. And then another one, and another one. But that meant nothing if participants were not meeting! As we had hoped, the braindates started to pour in. Hundreds of them. By the end of our first collaboration with C2, we had generated 1200 braindates, more over the course of 3 days than in 18 months of existence. What did it mean?

Over the years, event producers who had met us at C2 started calling: Airbnb, Amazon, Cannes Lions, re:publica, Salesforce, TED, to name a few. And we reproduced similar results all over the world. We came to realize that events have something unique: they create the right Context, where there’s a Critical Mass of people who share a Common interest, who are Captive, and Committed to learning new things and meeting new, relevant people (that’s what we call our 5Cs of a vibrant peer-learning community). Yet, in most conferences, participants are left to their own devices, trying to hunt down the participants they’d like to meet, holding on their glass of wine like a compass, hoping that the Gods of Serendipity are on their side. Maybe magic strikes, maybe not. What we bring is the possibility for event participants to be intentional about what they will learn, and from whom. When we realized that, we also realized that events could propel our impact bottom line as much as they did our revenues.

What we bring is the possibility for event participants to be intentional about what they will learn, and from whom.

But our mission does not stop at events. We still want to radically change the way humans learn, throughout the world, in all the contexts where learning is still taking place in rows of chairs. What if workplaces were accountable for adults blooming? What if our communities were devoted to guiding our children in the accomplishment of their current and far-off dreams? What if we used our digital power to propel refugees with knowledge and opportunities?

Basically, how can we make learning self-directed and collaborative in the organisations and communities where millions of humans want to live and flourish?

Most organisations and communities already generate 4 of the 5Cs when it comes to collaborative learning: the one still missing is the Commitment. Thinking that people will use a technology to document their knowledge and learn for each other if they are not prompted to do it is unfortunately magic thinking that doesn’t stick in real life. We need a ritual, a thoughtfully crafted moment where we commit ourselves to come together and learn from each other, just like we reserve that time when we go to an event.

Allow any community leader, in schools or civil society, to create their own braindate events on any given day, to generate knowledge-sharing around the theme of their choice.

We’ll start by working this Fall with a few corporate Pioneers who are willing and excited to collaborate in developing a powerful recipe for transforming their culture by integrating knowledge-sharing into their L&D toolkit. Then, by 2018, our next step is to launch a set of features on Braindate, that will allow any community leader, in schools or civil society, to create their own braindate events on any given day, to generate knowledge-sharing around the theme of their choice, whether it is refugee integration in London, women-led business in Montreal or leadership development in Beirut.

Today, I stand alongside my team — a beautifully diverse collection of fierce and loving people who are not only devoted to our mission but also growing in each their own way. Together, we’ve started working on e180, not just in it, activating the potential of peer and self-directed learning internally, so that we can create a workplace where each one of us can flourish.
And once we’ve accomplished that transformation for ourselves, we’ll be ready to reconnect with my long held dream: we’ll open our own (un)school(s), where children and adults alike will be supported in directing their own learning and leveraging their community as a valid and powerful source of guidance.

Originally published at We Seek — Reinventing the Way Humans Learn.

Say you’re feeling a bit under the weather. Ache here, pressure there, friends asking « Are you ok?…

In his book So good they can’t ignore you, Cal Newport systematically (and often humorously) builds a case…

We produce our newsletter and this magazine to explore how people learn, work and think. We always like…

Last spring, we created a print magazine, a limited run "Issue Zero" that we shared with partners, clients, collaborators and friends. This exclusive, not-for-sale prototype got a fantastic response. Interested? Email us, we'll send a link to the PDF, no strings attached.